Undead patriarch of the House of Liegnitz

A man of no more than 30 stands before you. He is well-built but wiry. He wears an old, threadbare habit of a Benedictine brother with confidence as though it were an archbishop’s robe. Steel-grey eyes can be seen from beneath his cowl, as well as a sharp, aristocratic nose and thin, pale lips drawn into a contemptuous scowl. He radiates with the sureness and charisma of both human and Kindred nobility, which he somewhat futilely tries to conceal under the guise and demeanor of a scholarly monk.

Embraced in 1172, Brother Adalbert of Breslau was born as Sbigneus, the son of ritter Tammo von Allendorf – a minor retainer of Conrad III Hohenstaufen – and Richeza of Glogau, a Silesian noblewoman from the court of the erstwhile High Duke of the Polish Principalities, Wladyslaw II.

After a failed attempt to cow his brothers into submission Wladyslaw, along with his family and closest retainers took first to Bohemia and when his welcome ran out there, on to Bavaria, to his brother-in-law, Conrad III.

The Hohenstaufens eventually helped the exile’s family retake their Silesian holdings – although Conrad and Wladyslaw died before this was done, Conrad’s descendant Friedrich Hohenstaufen, whom history later dubbed Barbarossa, sent an expedition that would place Wladyslaw’s sons, Mieszko, Konrad and Boleslaw on the ducal throne by the end of 1163. Tammo was one of those who fought under Konrad Spindleshanks’ banner and had some time earlier married a lady-in-waiting of Konrad’s wife, Richeza of Glogau.

Coat of Arms: Per pale, dexter or an eagle displayed sable, sinister barry of eight gules and argent. 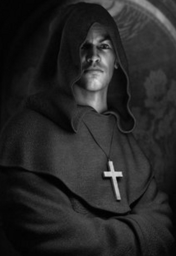