An early follower of the Prophet of Calomena, this headstrong brute masterminded the assassination of Bishop Alfonzo's childer, Juliano and Adrianna. He was destroyed by the formative Concord in 1196.

A large, burly man of middle years with the look of a Slav. He wore his long, thick grey hair in a braid and he had a full, bushy beard that was also gathered into a band at his chest. Fanatical grey eyes glowered beneath a heavy brow, and he looked like he might burst into violence at any moment. The man was heavily armed, with a sword, a dagger, and a throwing axe arrayed around his waist.

Along with his coterie-mates Borgor and Gaetano, Zhelyu was little more than a face and a memory to the Concord before the investigations of Lotario Acuto over the winter of AD 1203-1204.

According to Lotario’s sources, Zhelyu was a prominent member of the Chosen of Calomena, having been noted as a devoted follower of the prophet Stanislav since the cult first came to light in the Balkans in the 1170s. He had something of a flair for organisation, establishing much of the cult’s leadership structure for his master. An avid proselytiser, Zhelyu was also instrumental in recruiting a number of other gifted Cainites, including Borgor and the warrior Lado. In 1187 it was Zhelyu who staked out the group’s territory in the Latin Quarter after their admittance by Bishop Alfonzo, and it was he who brutally enforced the legitimacy of that domain from the other cut-throats of the quarter. This last earned him the honour of calling himself the Scourge of Calomena, a moniker of which he was inordinately proud.

Along with Borgor and Gaetano, Zhelyu planned the dawn attack on Alfonzo’s haven in 1196. The resulting destruction of Adriano and Julianna and the bishop’s call for justice sparked the creation of the coterie that would come to be known as the Concord. Tracked to their base of operations at the ruined Monastery of St. Luke, Zhelyu and his immediate coterie fought tooth and claw for survival. The Scourge of Calomena proved to be a skilled and ruthless foe, backstabbing Sir Gunthar and taking Sir Conrad’s hand before he was brought down.

In the vacuum left by his Final Death, the ex-bandit Lado came to the fore as the chief enforcer of the Chosen of Calomena.

Embrace: Thought to be in the middle of the 11th century. 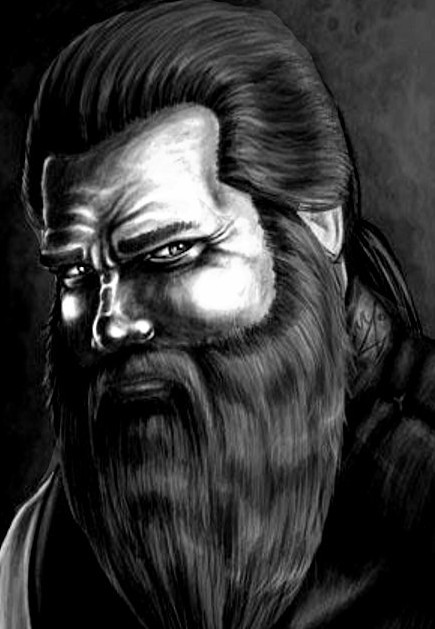