A simple peasant girl, saved from the woods by her sister, now roams Cluj-Napoca and the wilds beyond it. She is an ally and sometime student of Maude Khlesl.

Unusually for a Vlach, Lorea’s attractive features are framed by hair of light brown, perhaps even approaching blonde. Distinctive in her youthfulness and reserve, she struggles with the wildness that infuses her reborn spirit.

Lorea and Nicoleta come from a small hamlet in the vicinity of Kronstadt where they were raised by their widower father. The girls were the middle children of a large family of curriers and farmers who were expected to take on the responsibilities of raising their younger siblings as their elder brothers worked.

Both received some tutelage in the family craft, but Lorea showed more skill and attention to detail in her work, while Nicoleta seemed more happy wandering the woods, gathering medicinal herbs, foraging for food, and otherwise keeping to herself.

One evening, Nicoleta went in search of medicine for one of the younger children. Lorea went out in search of her sister when she did not return, choosing to enter the woods in the darkness. She became lost and after some hours chose to take refuge in the bole of a tree.

Later that night Tiberiu and the newly embraced Nicoleta found her. Tiberiu was prepared to tear the defenseless girl to shreds but Nicoleta intervened. The two ran into the freedom of the night, exhilarated by their new unlife. Soon enough, Tiberiu came for them and, pleased with how they had adapted to their new existence, inducted them into the Gangrel clan. Being far travelled and essentially rootless, he gave them to Mitru, another young but talented clansman, in hopes that they might find a place in his domain — the Burgraviate of Klausenburg.

Lorea adapted well to city-life, such as it was, and she soon became indispensable to her young prince, who had no desire to put up with the stink (and the Saxons) within the city walls. For her part, Nicoleta was more in Mitru’s mould, and she desired to remain without the walls where she could indulge in her wilder tendencies. As the years progressed, Lorea’s desire to cleave to her essential humanity and Nicoleta’s rejection of the same would drive a wedge between their affections, but they still see themselves as sisters of both kinds, even if they do not see eye to eye.

In AD 1197, on the orders of Mitru both sisters took part in the attack on the formative Concord outside Klausenburg. It was Lorea’s arrow that struck Hermann Chriegler in the back of the head, killing him instantly. He was the first human that she had killed, and the guilt of her act weighed upon her for years before she threw herself upon the mercy of Hermann’s friend and mistress, Sister Maude Khlesl. Although she was furious with the young Gangrel, the Cappadocian healer offered Lorea her forgiveness, provided she work for the betterment of the people of her town.

In the years since that night, Lorea has reconfirmed her adherence to the tenets of the via humanitatis, gaining some skill as a healer in her own right and working to raise up the poorest people of Klausenburg. She watches over a clinic not unlike the ones that Maude has established in several of the other settlements of the Siebenburgen, and the people of the city pay for treatment only if they can afford it. In addition she remains the eyes and ears of Mitru in the city, even though she does worry that she will be uncovered by the clever agents that Vladimir Rustovich has installed in Klausenburg since the Hunter chose to melt into the forest rather than bend the knee to the Voivodate. She plays a dangerous game, for while Rustovich has learned the hard way that the elusive Mitru will slay any enemy vampire that enters the city, Lorea is the only one of the prince’s coterie that is vulnerable to exposure. Should she be discovered, apprehended, and “interrogated,” Mitru the Hunter’s resistance to Rustovich would swiftly come to an end.

Lineage: Lorea is of the 11th generation. Her lineage is unclear, but she believes that she is descended from Arnulf, and through him, the legendary Pard. 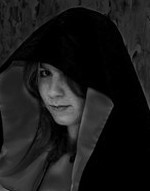