A walker on the Path of Chivalry of the Road of Kings, the Lion of Buda-Pest works for the stability of Hungary and the greatness of the Árpád line. He is the patron of the Concord.

Though only of medium stature and build, this man projects an image of greater height and power. His light brown hair is offset by pale blue eyes that can crinkle with good humour or impale an enemy with flinty coolness. He favours finely made, tasteful and sombre clothing decorated with the badge of a white lion on a red field. A golden ring bearing motifs of wolves, griffons, and lions and set with a ruby adorns his left pinky finger. Typically, he is armed with only a simple dagger. 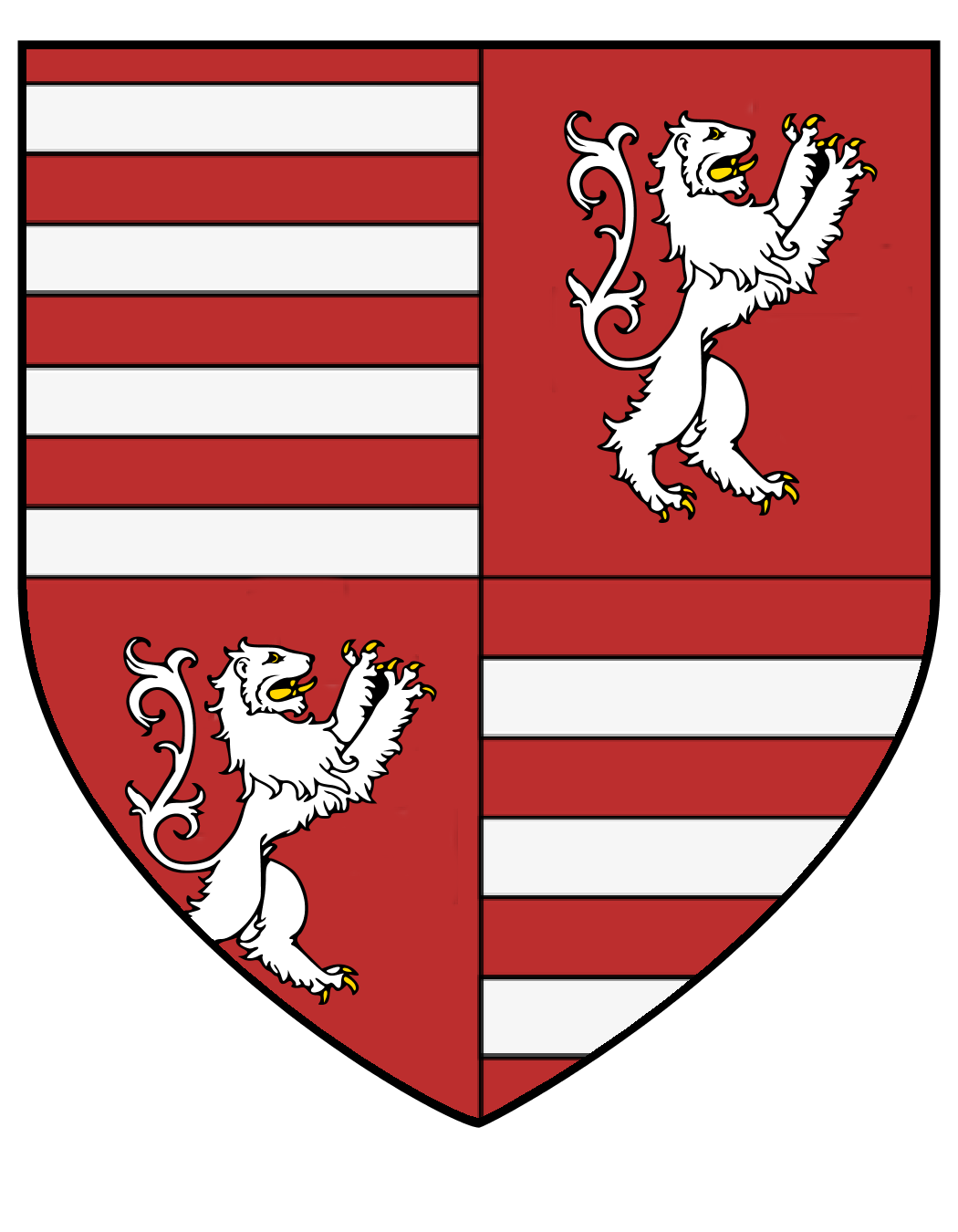 Vencel commissioned his coat-of-arms in tune with courtly fashions in the middle of the 12th century but since his mortal days he has always been fond of lions and griffons. As such, he has always included images of them in his personal symbols, but since his oldest consanguineous brother Zombar chose the griffon as his personal symbol, Vencel chose the lion for himself. Indeed, in the circles of the Paladins who walk the via eqitum, he has come to be known as the Lion of Buda-Pest.

(Expanded from the character as presented in Transylvania by Night, pp. 105-106, and Transylvania Chronicles I: Dark Tides Rising).

Vencel Rikard, as prince of Buda-Pest, is one of the most influential Cainites of Western Hungary. Only Bulcsú stands above him in the esteem of the Árpád Ventrue line, and only Archbishop Géza of Esztergom and Prince Gregor of Pressburg are his equals in stature. Prince Vencel is known to be of a moderate nature, favouring trade and diplomacy over conquest and conflict. The acrimony between he and his brother-in-blood Géza is well known throughout the Cainite courts of the kingdom, and is the exception to the rule of his temperament. Their struggle appears, at least to the eyes of outsiders, to be nothing less than a petty and grasping intrigue for dominance of the bloodline now that Bulcsú seems to have retired from Cainite politics.

At the turn of the 13th century, this struggle took the form of Vencel’s backing of the mortal Prince András against his brother King Imre (favoured by Géza) in the dynastic struggles that eventually led to the younger brother coming to the throne in AD 1205. As the War of Princes gathered intensity, other Árpád princes coalesced behind the rivals to the point where they became akin to the vampire lords more common in the Holy Roman Empire and the Kingdoms of France and England. In addition, Rikard has welcomed numerous Cainites of disparate natures and clans to facilitate his plans of having Buda-Pest displace Esztergom as the seat of the royal family.

Vencel has held the domain of Buda-Pest since Bulcsú assigned it to him after his elder consanguineous brother, Zombar, went to the Final Death at his own hand in AD 1074. He has proven to be an able, if not especially gifted prince, and King Bulcsú has never regretted his decision for while Vencel has no great talent for administration himself, he is possessed of a certain flair for delegation and a talent for picking skilled assistants, if not always reliable ones. Furthermore, he is expert at negotiating the treacherous politics of both the Árpád Ventrue and the mortal nobility, though he far prefers to lead by virtue of providing a model of exemplary chivalrous behaviour rather than through “low” intrigue. His reputation is that of an honourable, noble, fair-minded, and discerning knight dedicated to his sire-king in all things.

He is also more skilled in war than most of his kin, having had plenty of experience before his Becoming and considerably more throughout the decades in which the bloodline expanded rapidly and violently throughout Hungary, Slavonia, and Croatia. Since the destruction of Jelek Árpád in AD 1139, Vencel Rikard has possessed the title of Dux Bellorum of Hungary, which in theory makes him the strongest Árpád Ventrue behind Bulcsú if the faction were to collectively go to war. However, since the 1190s the Hungarian Ventrue have been so disunited that the station has become quite hollow. Indeed, without the public reaffirmation of their king, it is quite useless, so Vencel is left to look for other avenues in which to pursue his ambitions of security and prosperity for the mortals of Hungary.

In 1197, he called upon several elders and ancillae who were heavily indebted to him to call upon him at his court. By means of repaying their debts to him, he asked that they place their progeny at his disposal to fortify a critical outpost in the Tihuta Pass of Transylvania. The lands beyond had descended into near-anarchy due to the weakening of the Ruthenian princes under pressure from the Cuman hordes, as well as the nocturnal depredations of Noriz, the Corruptor of Legions. If trade were to strengthen through that pass, prosperity would follow, and that silver might be used to further strengthen Transylvania against the migratory attacks that history had shown would surely follow. The elders and ancillae agreed to his petition, prestation was spent, and the coterie that would become known as the Concord of Ashes formed under the patronage of Vencel Rikard.

Fourteen years later, as a favour to Hardestadt the Younger, Vencel agreed to foster his ally’s neonate progeny Ulrich von Wettin. The prince had little to teach Ulrich concerning courtly graces or the treachery of the Children of Caine, but Vencel’s perspectives on trade and cooperation among the clans were deeply impactful. He also assigned Ulrich as an assistant to both his warden and his scourge, the better to gain an understanding of the responsibilities of protecting a city, and it was in this capacity that the younger Ventrue discovered that Luther had transgressed again his master.

Vencel was pleased and impressed by the manner in which Ulrich handled that matter and, with the penitential Luther as his assistant, he made the neonate his scourge for the remainder of his fosterage. After Ulrich left for the Siebenburgen late in 1213, Prince Vencel offered to continue providing advice via correspondence, and this arrangement has continued for many years.

Lineage: Childe of Bulcsú, childe of Heinrich of Volstag, childe of Erik Eigermann (d?), childe of Ventrue. Vencel Rikard is of the 7th generation. 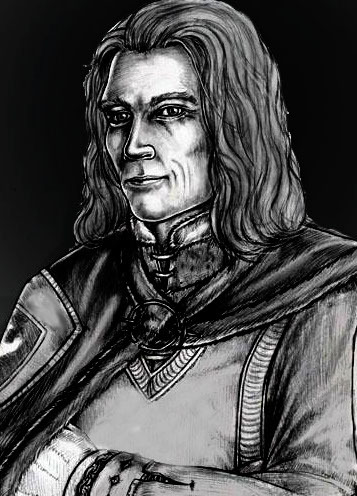